Utah Governor Gary Herbert signed a bill last Thursday reducing the state’s blood alcohol limit for drivers to .05 percent – the strictest in the nation. Utah is the first state in the nation to adopt a .05 percent standard. Utah was also the first state to adopt a .08 standard nearly thirty years ago. The bill setting the limit for drunk driving is set to take effect on December 31, 2018. The governor intends to call a special session of the Utah legislature to address any unintended consequences of the law and make any necessary modifications. 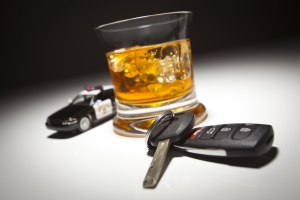 The National Transportation Safety Board champions the bill, stating that impairment begins well before a person reaches .08 percent. The Board recommends a limit lower than .05 percent. The Centers for Disease Control and Prevention estimates that a blood-alcohol concentration of .05 percent causes altered coordination, reduced ability to track moving objects and difficulty steering a motor vehicle. Several European countries, including Germany and France, already have a blood alcohol limit of .05 percent.

The American Beverage Institute pushed back, noting that a 120-pound woman could reach that limit after a single drink. Think about that – a large glass of wine at dinner, a tail lamp burnt out, an officer smelling the odor of alcohol on your breath and you’re a chemical test away from facing the consequences of a drunk driving arrest. Attorneys Nathan J. Dineen and Daniel R. Skarie oppose amending the legal limit for drunk driving in Wisconsin to .05 percent.

Utah often addresses alcohol differently from other states. In 2009 Utah passed the “Zion curtain” law mandating that restaurants erect either a wall or partition at least 7 feet 2 inches tall to shield customers from seeing alcohol being mixed, poured, or prepared. Both laws have dismayed the restaurant industry who view the legislation as overbearing and ineffective. Some speculate the increased legislation is due to Utah’s large Mormon population and their religious abstinence from alcohol.

Is a .05 Percent Limit for Drunk Driving Coming to Wisconsin?

Information in this blog post was sourced from the following articles: