Alcohol with Energy Drinks May Lead to OWI

Alcohol with Energy Drinks May Lead to OWI 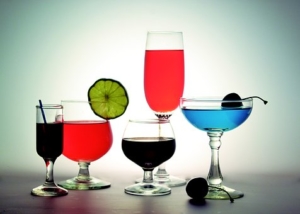 We live in a nation where we are over-worked, over-tired, and over-stressed.  However, when the weekend arrives, many like to de-stress and head out on the town to have a few cocktails with friends.  In order to be able to last the evening, many turn to a certain type of mixed drink.  A variety of cocktails combining alcohol with energy drinks have become very popular.  Not only can you find your own recipes online,   but any bartender in America knows how to make a “fill in your booze of choice-bomb.”  Is mixing alcohol with caffeine the perfect combination to last all night, or rather something you should avoid?

Research has shown that mixing alcohol and caffeine has many negative effects and consequences.  Combining the two disguises the depressant effects of alcohol, which would otherwise make you feel tired and sluggish as you continue to drink.  This can make a drinker feel that they are more in control of their actions and as though they are less impaired than they actually are.  While the drinker feels as if they are not as impaired as he or she really is, many problems can arise.  Those who mix alcohol with energy drinks are three times more likely to binge drink, and twice as likely to being taken advantage of sexually, to report taking advantage of someone else sexually, and to report riding with a driver who was under the influence of alcohol.

Are Caffeine and Alcohol Dangerous?

In addition to being more likely to engage in risky behaviors that may harm yourself, combining alcohol with energy drinks is also being seen as a public health and safety concern, and drunk driving tops the list.  The effects of the caffeine cause the person to look and feel more coordinated despite what their actual BAC level is at.  It may cause the person to genuinely believe they are not under the influence.  People who combine alcohol with energy drinks are four times more likely to believe they can safely drive compared to those only drinking alcohol.  Researchers have also found that when comparing those who drank alcohol only with those who mixed alcohol with energy drinks, 44% of the alcohol only individuals reported an arrest for a DUI, compared to 57% in the combined alcohol and energy drinkers.