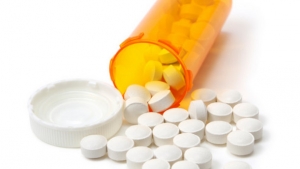 On Monday March 15, 2016 the Centers for Disease Control and Prevention (CDC) released updated guidelines that place greater responsibility on doctors to stem the ever increasing problem of opioid use and addiction in America. According to the CDC, opioid’s killed 28,647 people in the United States in 2014.

The CDC reports that, since 1999, prescriptions for common opioids like Vicodin, OxyContin, and Percocet have quadrupled. This led to a dramatic increase in drug overdose deaths of which opioid painkillers, including heroin, are a large percentage. The problem has become so pronounced that according to the CDC, “In 2012, health care providers wrote 259 million prescriptions for opioid pain medication, enough for every adult in the United States to have a bottle of pills.”

Despite the increasing number of opioid prescriptions being written, it is becoming increasingly clear from research that opioid use carries substantial risks. Opioid painkiller’s highly addictive nature causes some patients to turn to heroin when they are unable to secure additional prescriptions. Many heroin addicts, which is derived from opioids, launched their addition with prescription opioids.

To address the growing problem legislative efforts are being made in a number of states to curb the tide, including limitations on the amount of painkillers doctors can prescribe at a time. Other efforts include the digitization of prescriptions to prevent patients from forging or creating written prescriptions.

In Wisconsin, it is up to you to make sure that any prescription medications you may be taking do not interfere with your ability to drive a motor vehicle. Exercise caution – some drugs come with a warning label while other, such as those purchased over the counter, do not. Opioids, and other drugs, when mixed with alcohol or other prescriptions can be especially dangerous. When in doubt, ask your doctor.

If you or a loved one are arrested for OWI caused by prescription medications do not hesitate to contact the attorneys at Vanden Heuvel & Dineen, S.C.