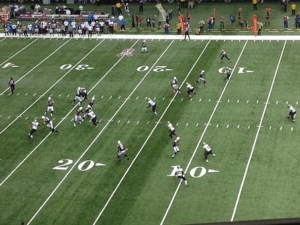 In Wisconsin we are known for our beloved Green Bay Packers as much as we are for our drinking.  During football season, they go hand in hand whether tailgating at Lambeau or watching the game at a friend’s house or local establishment.  As a result, more of us are drinking and driving.  Don’t ruin your game day buzz by getting arrested for a DUI.

Patrol officers are well aware of the increase in impaired driving after enjoying some brews while cheering on the Pack.  Many police and sheriff’s departments increase the number of patrol officers on the road during and after the game, and more DUI arrests are made than on average.   Officers are vigilant and know the signs of impairment to look for.  If you are pulled over by an officer who suspects you of drinking under the influence during this football season, you have to know your rights. The police should have a justifiable reason for pulling you over and telling you that you need to submit to the blood-alcohol test.

Plan Ahead to Avoid a DUI

It does not matter if you are at Camp Randall Stadium, Lambeau Field, or at your neighbor’s house watching the game, always plan ahead and make sure you have a designated driver.  Before you start drinking, you should always have a plan in place as to how you will get home if you plan to drink. Abstaining from alcohol in the second half is not a safe bet.  There are many factors involved in how your body absorbs alcohol, and using this method could still land you with a DUI.  The Green Bay Packers, Miller Brewing Co., Coca-Cola and Nicolet Water have implemented a Designated Driver program to offer alternatives and educate our guests of the dangers of drinking and driving.  Register as a designated driver at one of the many kiosks located throughout the stadium and receive a free non-alcoholic drink voucher. Another option is to get a safe ride home with UBER.  Sign up for Uber and get your first ride free (up to $20) when you use the code MILLERTIME.

If you have received a Wisconsin OWI, it is important to contact an experienced and knowledgeable DUI Defense Attorney.  Attorney Nathan J. Dineen helps his client turn this unfortunate event into a bearable one.  Attorney Dineen is available 24/7 by phone at 1-800-805-1976 or Complete a Free DUI Case Review.  For the convenience of his clients, he has offices located in Germantown, West Bend, Appleton, Sturgeon Bay, and Sister Bay, Wisconsin.