When you think of summertime in Wisconsin, the first thing that crosses your mind is cranking up the motor and heading out to party cove or the sand bar. Time is measured only by the sun and the amount of alcohol left in the cooler. 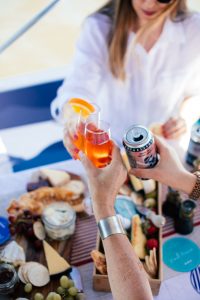 Taking the boat out on the lake is a great way to beat the summer heat. Whether you are just out for a ride, Jet Skiing, fishing, on water skis or tubing, having a nice cold one goes hand in hand with summertime activities.

Unfortunately, this is not new information to the DNR or U.S. Coast Guard, who are scanning the lakes for boaters that have had a few too many.

BUI – Boating Under the Influence

How would an officer know I am drunk on a lake? Being on the water can throw off a person’s equilibrium. Some waterways do not have posted speed limits, so driving fast or slowly is not reason enough to be stopped by the water patrol. Other environmental conditions make it difficult to determine impairment on a boat.

Does WI Have an Open Container Law for Boating?

In Wisconsin, it is not illegal to have an open alcoholic beverage container while on a personal watercraft, which means that the presence of alcohol alone is not a valid reason for water patrol to pull you over.

Similar to roadways, many people get behind the “wheel” of a watercraft after consuming alcohol. According to an article in the Milwaukee Journal Sentinel, Wisconsin ranks third among the states for drunken boating death rates.

In WI, if you are over the age of 21, it is illegal to operate a motor vehicle or a personal watercraft if you have any alcohol in your system.

What Is the Fine for A BUI In Wisconsin?

According to Wisconsin Statutes 30.681 and 30.80(6)(a), you can be fined up to $300 for a first offense BUI or violating the refusal law. If a second offense occurs within 5 years of a prior boating charge, you face fines up to $1,000 and up to 6 months jail time. Third and subsequent offenses will cost you up to $2000 in fines and one year jail time.

If the BUI offender causes an accident resulting in property damage, bodily injury or death of another individual, the offense attracts 30 days to a year in prison and between $300 and $2,000 in fines.

Unlike a typical DUI in a car, WI Boat DUIs do not always result in the loss of driving and boating privileges, i.e., no license suspension. However, offenders will have to comply with court-ordered Alcohol and Drug Assessment and provide a Certificate of satisfactory completion of a boating safety education program.

If a person has a valid certificate at the time of arrest, that certificate is revoked, and they must acquire a new certificate.

Determining Intoxication for a Wisconsin BUI

In the past, boaters suspected of boating under the influence of alcohol in Wisconsin were taken to land, given time to acclimate from water to land, and then asked to perform roadside field sobriety tests. However, this took a great deal of time and was unreliable.

Recent research has shown a police officer may conduct four Field Sobriety Tests on the water. These FST’s are conducted on the patrol boat, with the boater seated while performing the tests.

You are NOT legally required to take a Field Sobriety Test in Wisconsin. Regardless if you are under the suspicion of driving a motor vehicle or a boat, you can refuse!

The HGN test checks for involuntary jerkiness of the eye. Although a person may have an involuntary jerking of the eyes due to prescribed medications or another medical condition, this jerking can also be due to impairment caused by alcohol or inhalants. This test is used to test for impairment in a DUI or BUI.

The HGN tests each eye for three cues, for a total of 6. A person showing 4 or more cues is likely to be under the influence of an intoxicant.

Still in the seated position, the boater is asked to extend both arms in front of them with the palm of one hand facing up and the other hand on top of the first (palms touching).

The boater is then asked to move the top hand in a rotating motion (180 degrees) and pats the bottom hand. The boater will alternate between the palm and top of the hand while counting out loud “one-two, one-two, etc.”

Keeping an even pace or slowing down is a sign of impairment.

This test is similar to the Standardized Walk-and-Turn Test, using the hands instead of the feet. The boater is asked to make a fist with each hand. The left hand is placed with the thumb on the sternum. The right hand is placed directly in front of the left (the hand should be touching).

The boater is asked to move one hand in front of the other, counting out loud to four. The boater will clap their hands three times and then place their fists in the last position.

Counting from five through eight, the boater will move their hands back towards the body. The left hand should be on the body (or back into starting position), and then placing hands palm down on their lap.

If law enforcement officers have reason to believe that you are operating a mechanically propelled boat, an aquaplane, water skis, or a similar device while intoxicated, they may request you to have a chemical test done. If you willfully refuse testing upon the officer’s request and are convicted of a BUI, the judge could pass a harsher sentence (although not exceeding described maximums).

Dangers of Boating Under the Influence of Alcohol 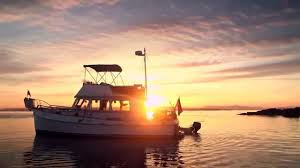 While it may not seem like a big issue to have a few drinks on the lake and then drive personal watercraft back to the pier, it is much more dangerous than driving on the road. One in five boating-related deaths occurs with a driver under the influence.

The fact that lakes do not have “road signs” or lanes to drive deters a boater under the influence, so there are constant changes in direction. Not only does the driver have to be aware of where he intends to go, but he must also watch all angles and directions for other boaters, skiers, and swimmers.

Just think of that wide-open waterway ahead, but in just one moment, a boat with a water skier or tubing passenger appears. After having a few drinks, the driver’s attention lies with what is right in front of them, rather than checking all angles and directions.

The effect of being on the water is almost as though you are legally drunk. Adding alcohol, drugs or the combination of alcohol and drugs to boating stress intensifies the effects of every drink and increases the chances of reckless operation of watercraft and risks of accident.

Wisconsin Criminal defense attorneys Nathan J. Dineen and Dan Skarie practice 100% defense for charges of being under the influence across Wisconsin. They have litigated and won cases from Kenosha to Marinette and every county in between.

Attorneys Dineen and Skarie are experienced in WI BUI Defense, the potential criminal consequences you may face, field sobriety testing, and how to fight a DUI, OWI and BUI. Contact us today for one of the most experienced drunk driving attorneys in Wisconsin to discuss your charges. Do not roll over. We won’t! Contact us for a free case evaluation or complete one online here.

About the Author: Nathan J. Dineen

Attorney Nathan J. Dineen is recognized as one of the best DUI Attorneys in Wisconsin, bar none, no fluff, no false accolades.Nathan Dineen is trained in Standardized Field Sobriety Testing (SFST) and Drug Recognition Evaluation (DRE). He has taught SFST / DRE admission and trial tactics to attorneys from all across the state.